One of my very favorite contemporary mystery writers is Julia Spencer-Fleming.  Another is Louise Penny, then old favorites:  Laurie King, Elizabeth George, Susan Hill, Sara Paretsky.  I was able to receive an advance review copy of Julia's new book, and I met her in 2008.  She's a warm, thoughtful, compassionate woman, and her book is amazing.  Here's my review:
***
Julia Spencer-Fleming, One Was a Soldier. A Clare Fergusson/Russ Van Alstyne Mystery. Minotaur Books. St. Martin’s Press. Publication: April 2011. ISBN: 978-0-312-33489-5 $24.99.
Who would have thought it possible to combine an anti-war novel and a mystery? We certainly have more and more contemporary mystery authors taking on social issues, but even so I was surprised at the courage and inventiveness Julia Spencer-Fleming exhibits in her new and seventh mystery in the Millers Kill series, One Was a Soldier.

We aren’t in combat or in Iraq, except in memory, but we meet five vets, including Clare Fergusson, returning from Iraq, in a therapy group offered to help them adjust to being home and dealing with the residual emotional issues that hang around much longer than the time frames of the actual military service.
The novel is structured around this support group, and the subplots, as we follow each member’s conflicts with being back, are skillfully and subtly put into their places in the main mystery plot like pieces in a jigsaw puzzle, as we untangle who did what, why, and how. We read to learn how these five, some of whom we’ve known in earlier books and some whom we meet here, will cope with their families and loved ones and in their workplace, but we get key information at the same time to all the puzzles that hover around these characters.

Why is it an anti-war novel? Because we live through the excruciating emotional aftermath of having done military service, as a surgeon, a helicopter pilot, a guard of prisoners, a financial specialist, and a soldier who early lost his legs. All five struggle with basic, very powerful human emotions: despair, rage, shame.

This novel is different from the other six, bolder, insistent that we come to know personally what the men and women of our armed forces suffer afterwards. One has lost his legs, but the others seemingly can pick up the lives they had been leading before, only that doesn’t prove easy.

For instance, we’ve known and loved Clare, Episcopalian priest and helicopter pilot, who is always doing something to offend somebody in her parish, but now we get a close-up view of her as a newly returned major, wading into the aftermath of a bar fight as one in command, and trying, despite nightmares and her reunion with Russ, to pick up all her parish duties at once, as well as help out in the emotional crises of her fellow soldiers in the support group.

The group itself doesn’t begin promisingly, but gradually the vets come to each other’s support. Not much has changed in the small town of Millers Kill, but the vets have changed and must change again in order to be truly at home. Addictions, memory loss, nightmares, the temptation of suicide, and the illegal activity one was pulled into "over there" all make for agony, whose only cure is the love of those they love, but each one is walled off at first, trying to do it alone, trying not be vulnerable or needy. The overriding realities here are that war leaves deep scars, both the seen and the unseen, and that love can sometimes heal even those.

I recommend reading this one after reading the other six novels, beginning with In the Bleak Midwinter. Interestingly, I had heard Julia Spencer-Fleming say, at a reading in 2008, when novel six came out (I Shall Not Want), that she planned only one more in the series, but this one hints at more Russ and Clare books to come.

Despite its being different, the town characters are all there, in the police department, the church, and the new hotel and spa. The love story that has pulled readers through six other books engages us here, too. There is no dearth of conflict for any of the soldiers, including Clare.

Be prepared to be taken in hand by a masterful, passionate storyteller and to learn, as well, what we all need to know as citizens about what our country is asking of its armed forces, many of them National Guard, in Iraq. 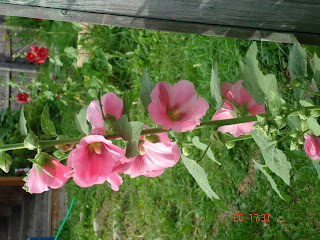 Excerpts from The Sands of Gower: A Mystery Novel
Maybe this summer on Gower she would find a real partner, who wouldn’t mind her poetry. She scared men off when she let them know she was interested, especially if she wrote them a poem. Fifteen years out of a miserable marriage, and she still hadn’t found a new love. Of course, she had goals of her own. She wasn’t going to waste her post-menopausal zest years hung up in some man’s idea of how she should serve his needs. She’d wasted too much time already doing that.

Her three children were launched now, theoretically, and her ex-husband, whom she was very sure that she did not want to remarry, could be held off more firmly. She could focus on herself, create more time for her poetry. She did want to remarry. She had often argued that it was possible for a woman to have both a marriage and her own quest plot. Now was her chance.

... . So she kept coming back. Her youngest child, Sarah, had just gotten married, and she was rewarding herself with two months this time. Evelyn, who, each time they said goodbye, wondered gloomily if she’d ever see her again, as she was 75 now, had agreed to give her her favorite single room. She could write a whole book of new poems and settle into the more human rhythms she always found here.
Only herself to see to. Only her teeth to worry about getting brushed; only her money to be sure not to lose. As they turned into the village of Pwll-du, she felt the familiar tug of that wonderful time alone. She would write. She knew it. The words were already taking on a presence in her mind.   Judy Hogan
Posted by Judy Hogan at 12:30 PM 1 comment: