Baba Summer: Part One will be published in 2019 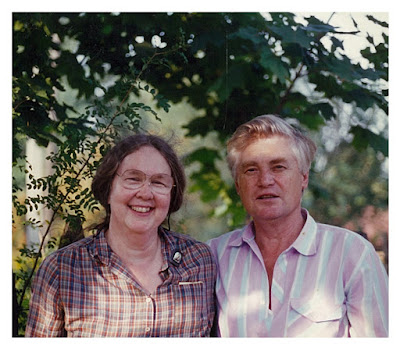 Judy and Mikhail in 1992 in Kostroma, Russia

***
Adelaide Books of New York City will publish my first memoir of my Russian experiences early in 2019. Here's a little about it.


I open my  experience, not only of coping with a potent love but also of making bonds with a nationally known painter, a school teacher, and a philosophy student.   I was one of the first American writers to visit the Kostroma region, and my partner in the exchanges was a new experience for central North Carolina residents.  Our writer exchanges and mutual publishing projects continued through 2001.  These new connections occurred as Russia went through the upheaval of changing from Communism to Capitalism. This intense experience of working on peace and understanding with our former enemy was the biggest event of my life.

In 1992 I would meet Vera Belikh, the painter and philosopher daughter of the national painter, Aleksei Belikh, whom I met in 1990 during my first visit. Here is Vera's painting of a church by the Volga, in the autumn. 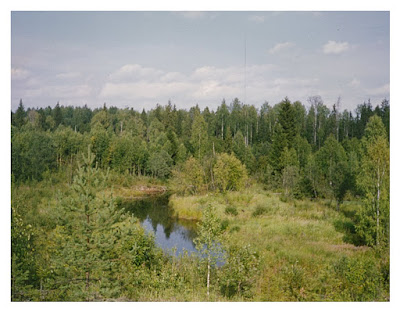 This is the Black River flowing through the remote forest or taiga in the Mezha District of the Kostroma Region. The county officials took me to see the landscape near where Mikhail had been born, in a village among many lost during the collectivization of the farms, and the loss of men in World War II (The Great Patriotic War). Mikhail talked and reminisced about his growing up in a village from the beginning of our writer exchanges. 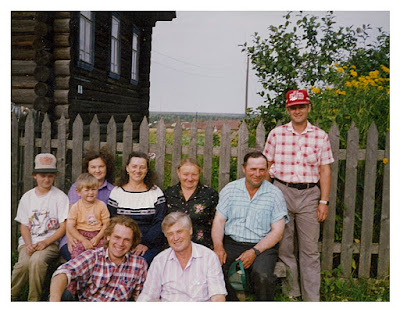 In August 1992 I was also able to spend some time in the village of Gorka, where MIkhail's wife Katya had grown up. Left to right, Tanya, Mikhail's granddaughter, Larissa, married to Mikhail's son Misha, standing, then the little son of Misha and Larissa, then Shura, Katya's sister-in-law, and Katya's brother Kolya, and in front: Aleksei (Alyosha), Mikhail's younger son, and then Mikhail. Taken in front of the village house, where I also stayed. 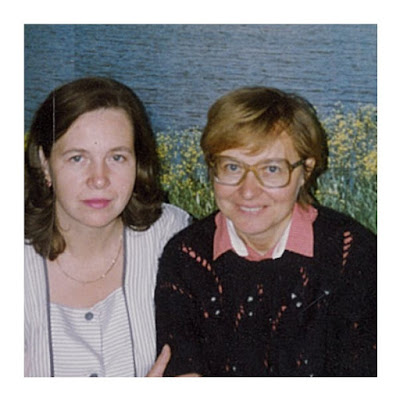 In Moscow after I visited Kostroma in August 1990, I met Larissa Bavrina (on the right),pictured here with her friend Tanya, close since childhood. Larissa gave me and my son a tour of Red Square before we caught our train back to Finland. Larissa and I still correspond. She's become a close friend of mine.Our early letters, 1990-92 are in Baba Summer: Part One. Judy
Posted by Judy Hogan at 7:41 AM No comments: 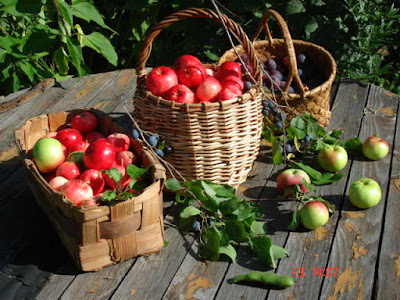 Nadya's apples and plums from her dacha. 2009

***
Little Bobby! He used to come out from
his nap, get in my lap, and we would read
a story. His blonde hair stood straight up.
After the graduation exercises were over,
we waited a long time to see our tall Bobby.
His hair curls now. I held onto Tim’s arm
as we walked back to his truck. There goes
little Bobby into his new life. I work to
bring a happy closure to my life, put my
books into print, stop the coal ash dumping,
heal where I’m looked to; accept the
extra help as needed, soothe and reassure
others who hesitate to put their full weight
on living their own lives, trusting their

own souls. Trust yours, Bobby! It’s there.

Posted by Judy Hogan at 5:50 AM No comments: 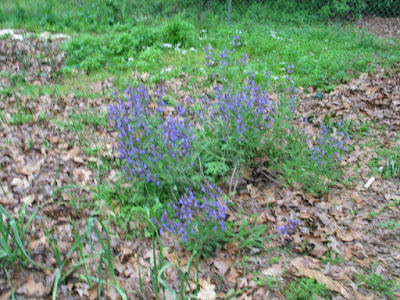 Wise sage in my garden a few years ago.

It all helps. When I scorched the bread,
turning the heat to broil instead of turning
it off, my son comforted me. “Michael
Jordan said in his life he’d missed more baskets
than he’d hit, and he was the greatest
basketball player of all time.” Then Wesley
called, my very first love. At twelve, our
love was simple. He brought me a gardenia
every day. We held hands and were happy.
Now he tends his wife who has dementia,
and he can’t seem to answer my letters.
He doesn’t know why. I said, “This is
wearing on your spirit. Don’t be too hard
on yourself.” At the coal ash meeting
we learn of a study to test the wells around
the landfill that holds six million tons of
poison. We have new members joining us
from another local group. These are gifts
to keep me going. I am always behind
in my daily chores, but we eat well
and admire our happy tomato plants.
The weeds return with every rain, but
the hydrangea and the daylilies bloom.
The good in my life defies all logic as
usual and touches my inward soul like
a softly falling rain.

Posted by Judy Hogan at 3:47 AM No comments: 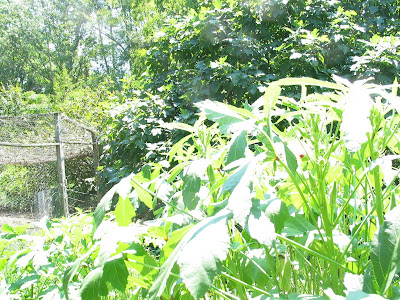 May has brought surprises good
and bad. My story–our story--of a
love that crossed the huge ocean--
will go into print in less than a year.
I happily prepare the text for
publication. My editor is impatient
but passionate. I tell everyone I
meet. My Russian friends rejoice,
too, and send permission to print
their letters. Friendships ruled
those years, and sometimes love,
which went too deep to let go and
lifted us to a higher plane of
existence. What people see is an
old woman who is sometimes
stubborn. She fights with doctors
and talks about her Muse, which
is no longer fashionable. Not that
it matters. Socrates didn’t trouble
himself about fashions. Nor did
Plato, who knew about falling in
love. He fell in love with the
reality behind things that made
them what they are. Let them
think what they wish. My glimpses
of the real world will stand the
test of time as well as my shoes
did when I had to talk through
foot-deep running water to cross
the street and the next morning
they were dry.

Posted by Judy Hogan at 6:27 AM No comments: