Talking to Myself Fifty-Four 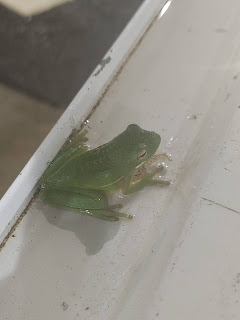 Christmas in a pandemic requires thought

and deliberation. My grandson, off at college,

has the deadly virus, though he’s not very

sick. In a family that doesn’t go to church,

he does, and he looks to me, who grew up

in the church, for comfort. I’ve given him

my Bibles and told him about his great

grandfather who was a minister, and about

his great, great grandparents who were

missionaries in China over a hundred\

years ago. Bobby wants to read their story,

which I have published in a book called

wrapped it for his Christmas present.

We send emails. I may not see him at

Christmas, but there are many ways to

send and receive messages when your

society has fallen victim to a new plague.

for whom I cared when they were babies.

For Lilly, who lives nearby, I’m giving the

activist anthology Impact, where I appear

fighting the dumping of coal ash in my

community. For me emails arrive, some

cards and gifts. I make cookies and so does

my helper Janet, from recipes I take out

every Christmas. Familiar tastes and smells

in our cold, dark days to throw a little

that we are still alive.