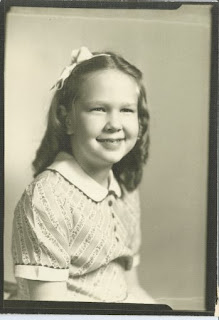 This year a lot of people wished me

At seven I began to write stories. I was

in bed with rheumatic fever. At fourteen,

I began to keep a diary, which has

continued. At twenty-one I had my

great rebellion. I tried to change

everything: my clothes and possessions,

how I thought and behaved, but the

deep self never changed. My mother

suggested Ethan Frome and other

humanists, since I was rejecting

alcoholic husband, had a little girl

Amy, and was studying classics in

moved to North Carolina. I was

and we lived in an old farmhouse

in Cedar Grove. By July, I had a

and went to live in Chapel Hill’s

Chase Park apartments, as one of

two white families. And I’d been

president of the small press

became an affiliate of the Durham

Arts Council. I had published many

books. By 1981 traveled to England

to Finland. And the children and I

were living on Barclay Rd. In Chapel

Hill, their favorite house and

Wren Press to others, and I’d been to

Russia twice, and Mikhail had come

to North Carolina once. In 1993 three

Russian writers had visited me for five

weeks, and my first grandchildren

were born, Megan and Will to Amy in

in a small house in Moncure, making

friends here, and working on

environmental problems. By 2007 I had

born to Ginia, and I helped with  local

By 2014 the political situation became more

difficult and even worse in 2015, when

the state allowed coal ash to be dumped

in my new community. This finally

case. We also had the Covid 19 pandemic

and so have my children, but I can’t

complain, nor do I wish to. Today

Ginia, Lilly, and Bobby will come

to have pizza with Tim and me.

I am grateful for these years, my work,

all my friends and loves. Perfection

is not my goal, but learning wisdom.